I met this lovely lady named Lucy and she’s, uhm – she’s really cool, man. She came from like a cult in Germany or something, and apparently her entire cult died. She may or not have killed them, I’m not 100% sure, but she’s as pure as the fuckin’ day is blue, man.

She’s so nice, honestly. It’s just fun to be around her. I don’t mesh with too many people around here, because most people don’t give me the time of day, but to be honest with you, she is so much fun. I felt like I was free with her, I could just do anything and it didn’t matter.

And she was brand new to the city. I like meeting new people to the city and helping them out. I just like helping people, I guess.

Also, I’m looking for a katana – like, a specific katana. A muramasa. So, if anyone can hook me up with that, I’ll do anything for it. I’ll kill a man and eat him, I don’t care what you want me to do. Allegedly.

There was this girl I met yesterday. she was running around on the street and I was just doing some courier stuff because I’ve got a courier business on the side. So I met her and she was running around completely aimless, like a chicken without a head – I noticed, right, so I stopped by like “what’s up, lady?”

So I pick her up, throw her on my shoulder, fuckin’ bike her all the way up to the Rooster’s Rest. About five minutes later, Nino gave her a live audition. Five minutes and she was on the stage doing DJ work. I don’t know, that felt like a good feeling – hopefully she enjoyed it. But it was a good feeling helping her get to live her dream in a sense.

I ain’t perfect. There’s a hell of a lot of things wrong with me. I’m a anxiety-driven mess, I’m a dummy, I’ve got donkey brains, I don’t wear no shoes, I’m a fricken’ weirdo that everybody thinks is weird and probably won’t give the time of day.

But at the end of the day, if people don’t like me, they don’t like me. I ain’t gonna change nothing for nobody.

Oh, and I hate diet e-cola. It’s disgusting. I hate any diet-related cola because it’s absolutely disgusting and I don’t think any human being on the planet should drink it ever. But what I’d want specifically in my blood would be Code Red Mountain Dew. 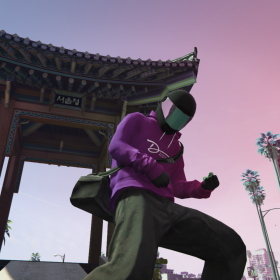 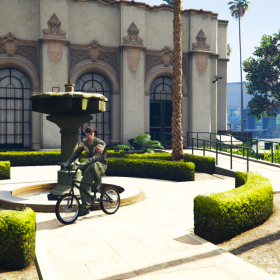